On the 8th of August, the Silver Duke of Edinburgh participants embarked on their Qualifying hike at Pittwater. Once we arrived and assembled at Church Point Wharf, we caught the ferry across the Hawkesbury to Halls Wharf. We hiked to the Youth Hostel, where we had lunch and admired the surrounding scenery.

Then we began our hike to Willunga Track lookout. The hike was a great opportunity to connect with nature and with friends as this hike wasn’t as difficult as previous hikes. Once we arrived at the lookout, we tried to pinpoint where everything was located using our maps. This lookout was the highest point in the National Park, so we could see across to the Bahai temple and the Pacific Ocean.

On the return journey we walked at a faster pace as the track was slightly downhill. Once we returned, we participated in bush regeneration, where we removed foreign plant species from the ground in order to create an opportunity for native plants to thrive. We extracted weeds called mother of millions and several long grasses. After this we collected firewood for the campfire, which we had the following night.

Most people decided to cook group meals for dinner, which was a great opportunity to work together and also to reduce the impact on the environment, as well as to reduce how much food each person had to carry. Then we took part in playing games such as charades and scrabble.

The next morning, after breakfast, we hiked to Birnie Lookout, which was more challenging. During part of this hike there was no set path to take and therefore, we were required to navigate carefully and “bush-bash”, where we enjoyed climbing up rocks, walking through long grasses and crossing a stream of running water.

Once we reached the lookout, we had a spectacular view back to the wharf and over Scotland Island. Once we returned, we got ready to go kayaking, however after we set out to find the wharf where the kayaks were located, we took a wrong turn and got rather lost. We walked through mangroves and on the beach, where we observed many crabs through sinking mud and oyster ridden rocks. Whilst it was frustrating we had fun navigating unexpected circumstances.

Once we found the kayaks, we finally set out on the water and kayaked all around Scotland Island. This was fun, but became quite cold once the wind set in. This activity was unique to our Duke of Edinburgh experience as we had not kayaked before, but was a new aspect to our exploration skills.

Once we returned and showered, we listened to talks including first aid, the geography of the area and the history of the National Park, and how to reduce our impact on the environment further. After dinner, we had a campfire where we roasted marshmallows and sang songs. Then we played some more groups games inside.

The final day began with relaxing yoga, which was a chance to stretch our weary bodies, reflect on the past few days and to enjoy the sounds of nature, including birds and the nearby wallabies. Then we did a final clean up and analysed the packaging, which we had used on the hike.

After this, we played badminton in teams of 3 which was an enjoyable group activity. Then we hiked down to the ferry wharf. Since we had to wait 45 minutes for the ferry, we had a sculpture making competition. To make the sculptures, we used whatever we could find from the beach such as rocks, seaweed and shells. Most teams used rock stacking in their sculptures, which added a bit of creativity to the competition. Once the sculptures were judged, we boarded the ferry and began the home journey.

This hike was enjoyable and a great chance to develop our friendships and team building skills. We also expanded our knowledge on environmental protection and skills necessary for future Gold hikes. All the participants wish to thank Ms Dorey for organising and helping us on the hike and Ms Kellendonk who came along and assisted us on the hike. 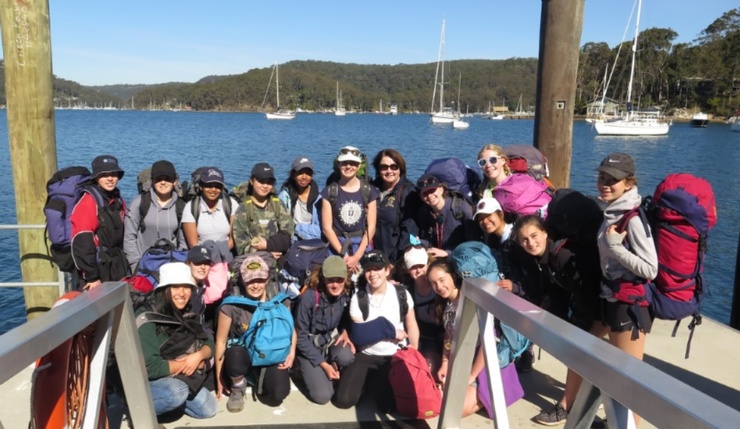 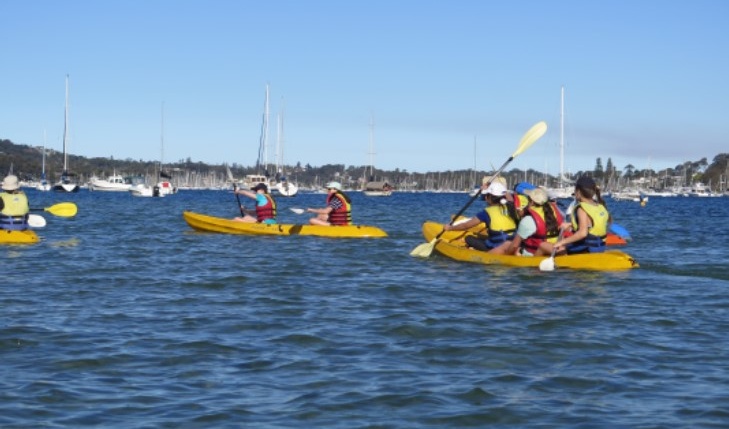 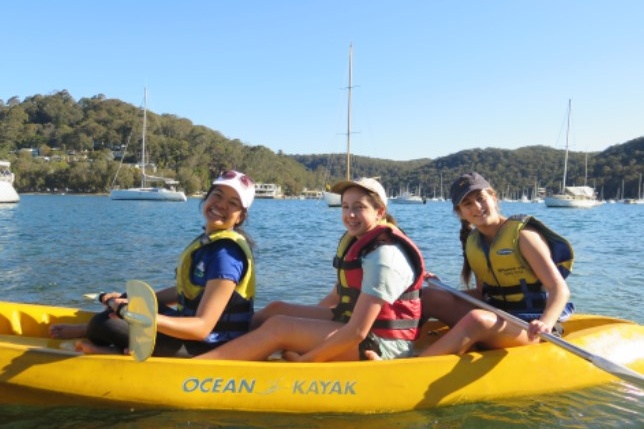 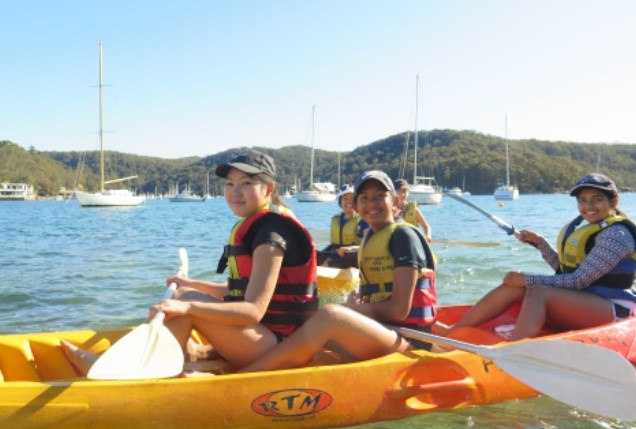 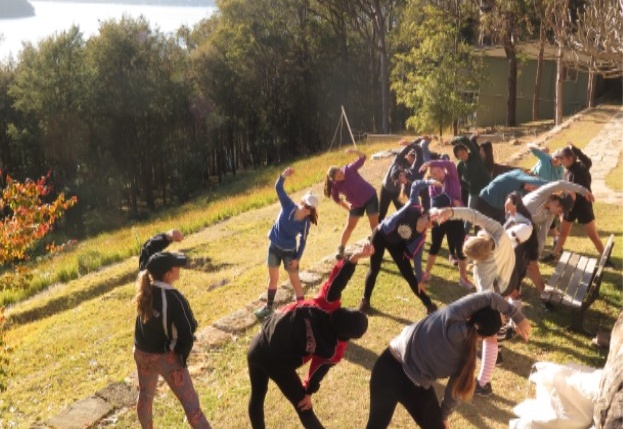 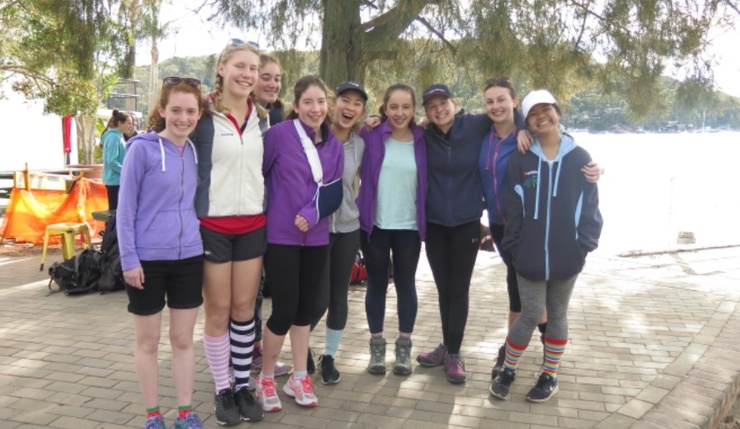 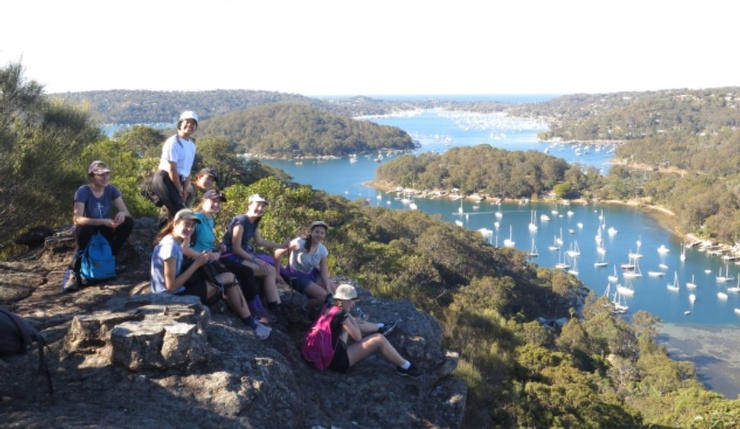 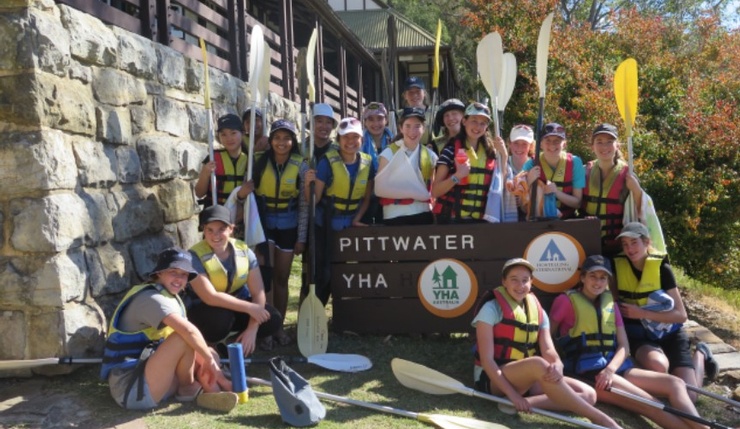 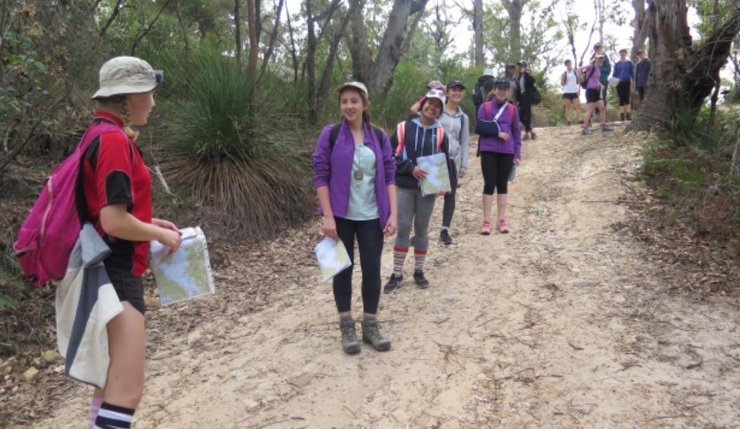